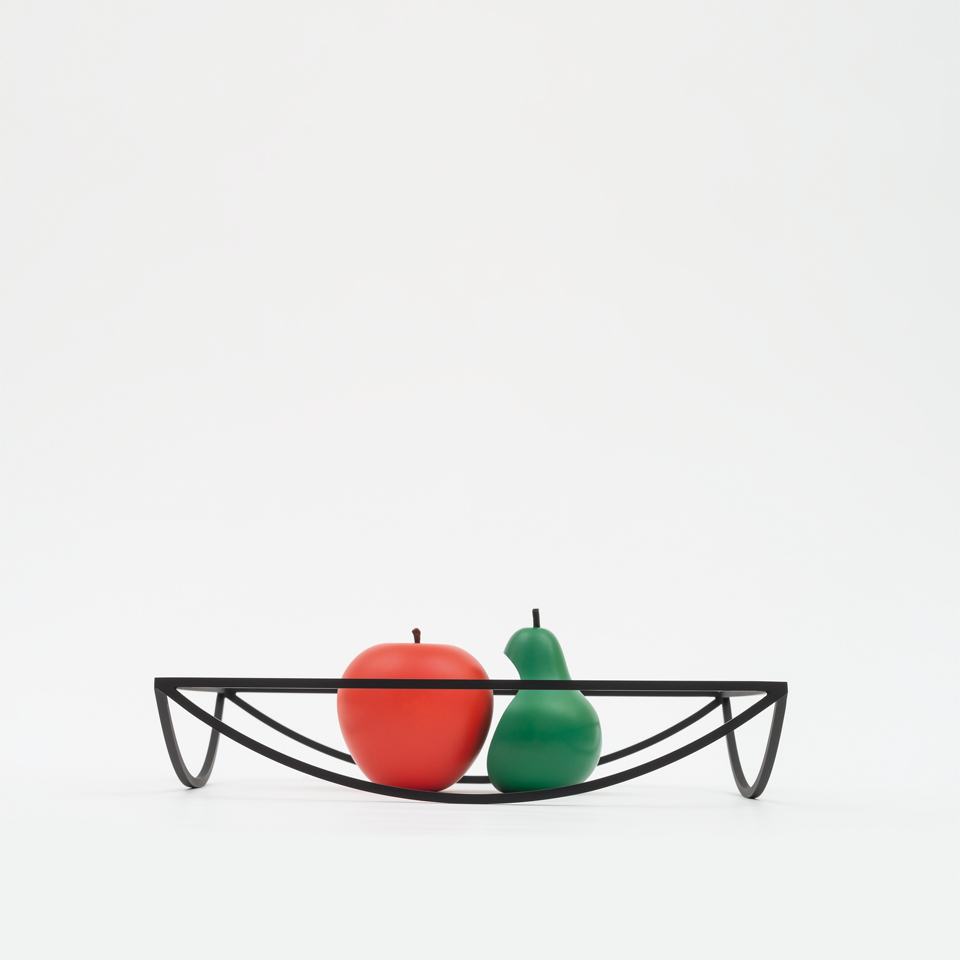 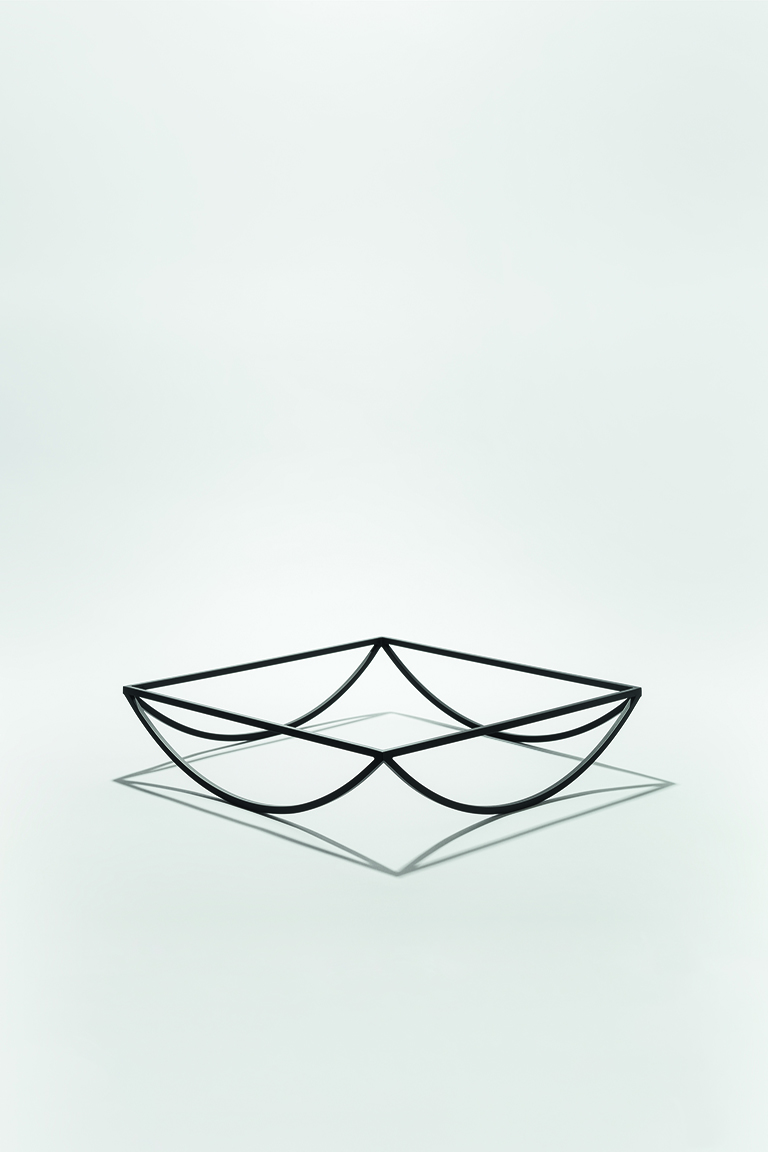 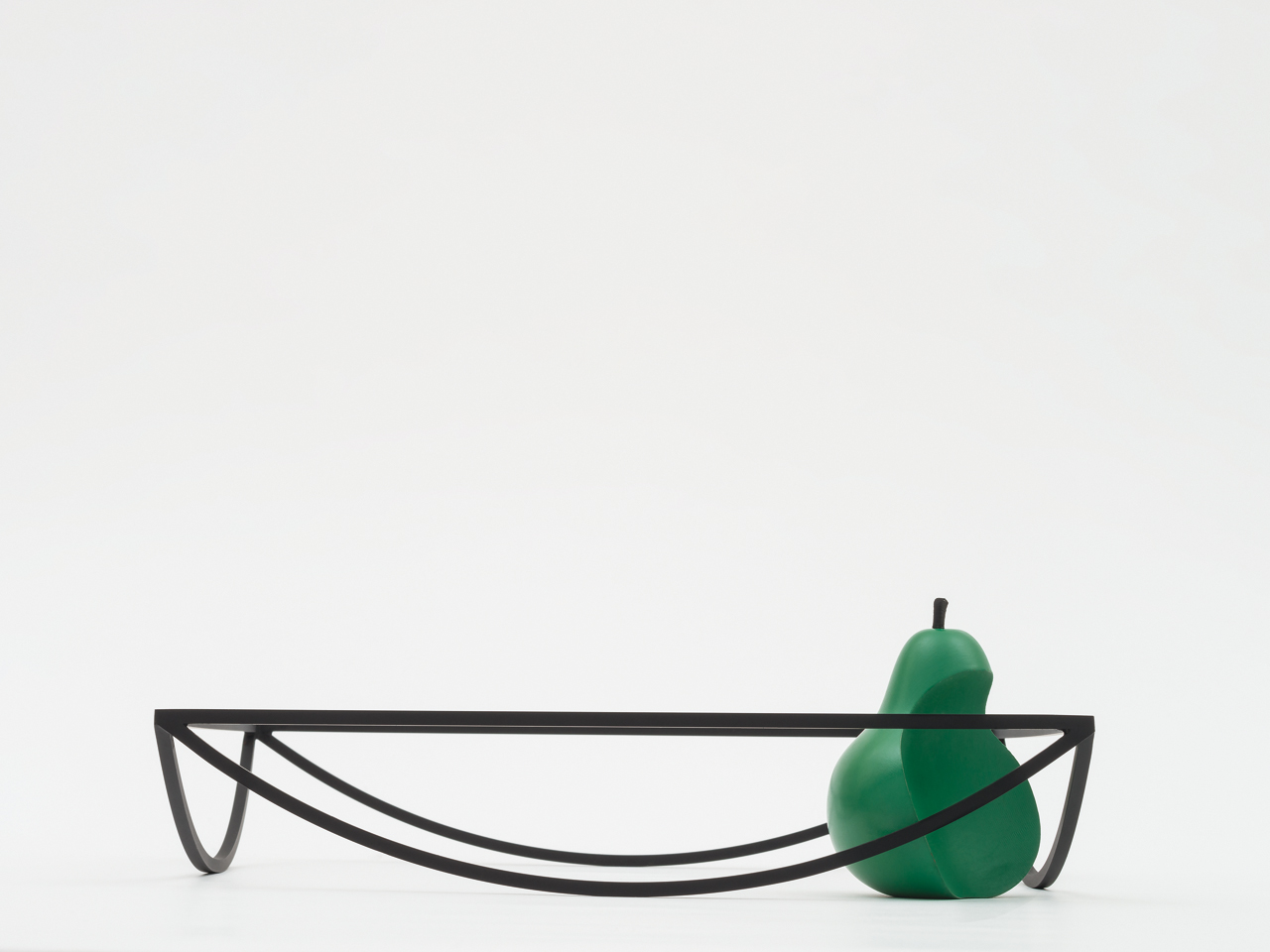 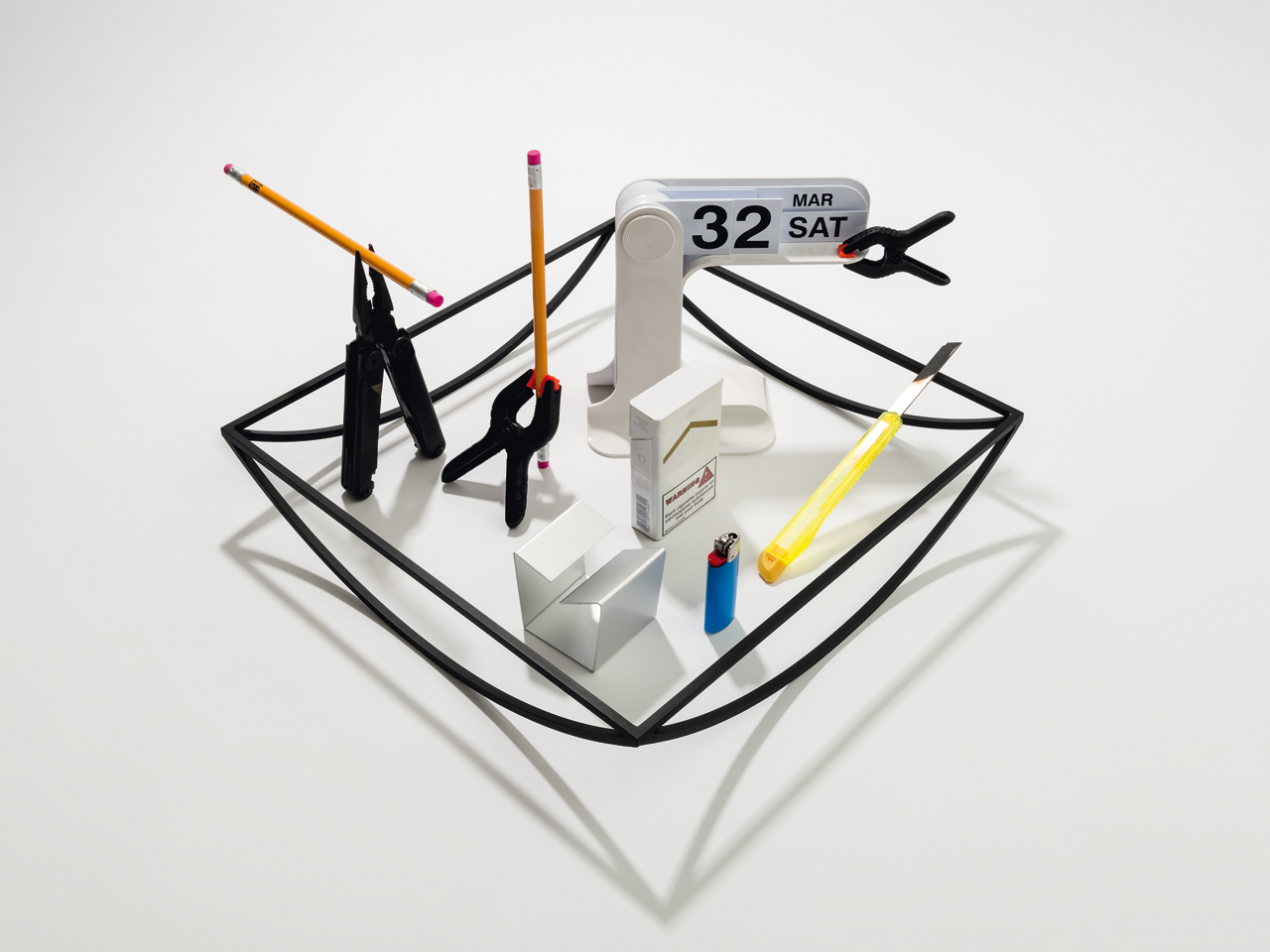 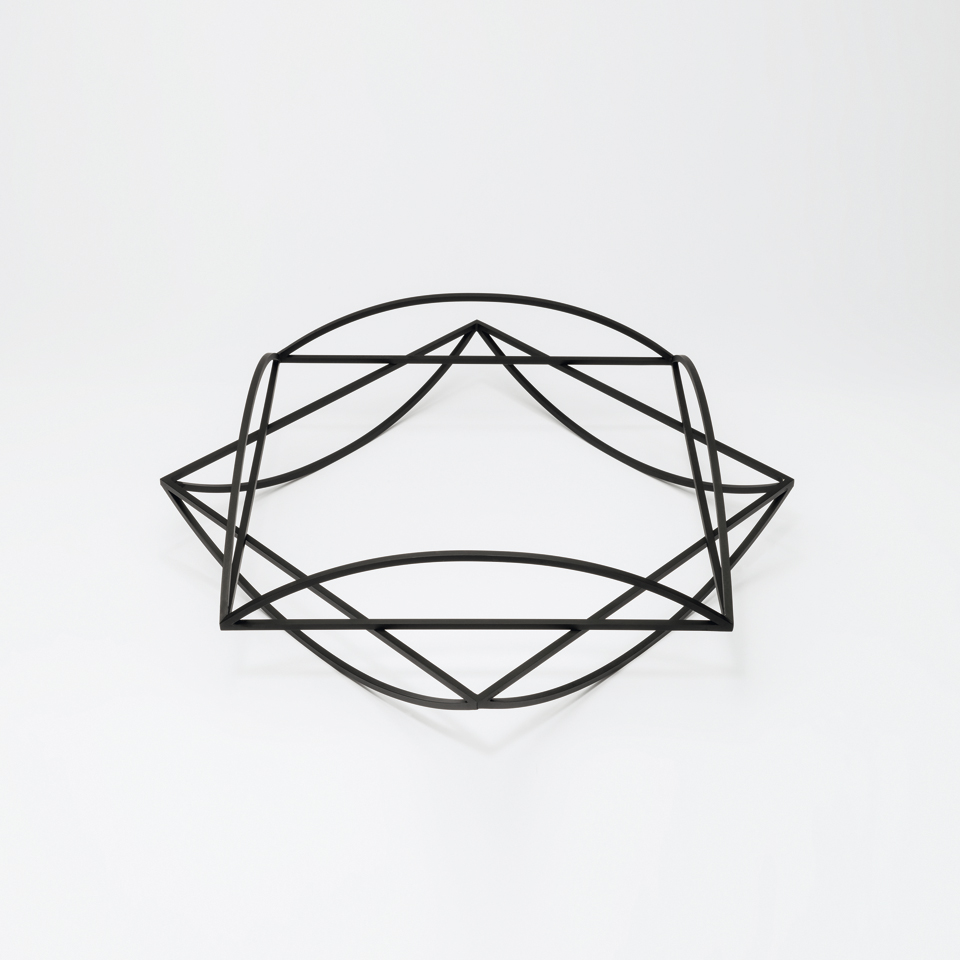 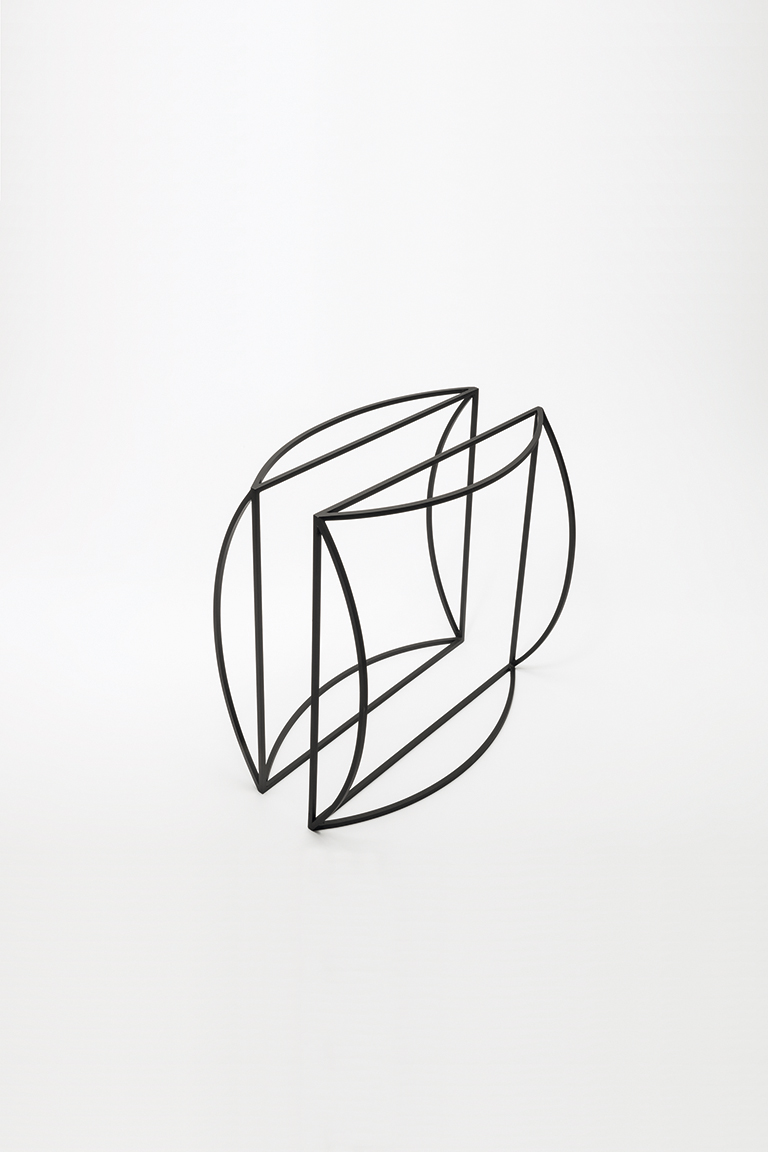 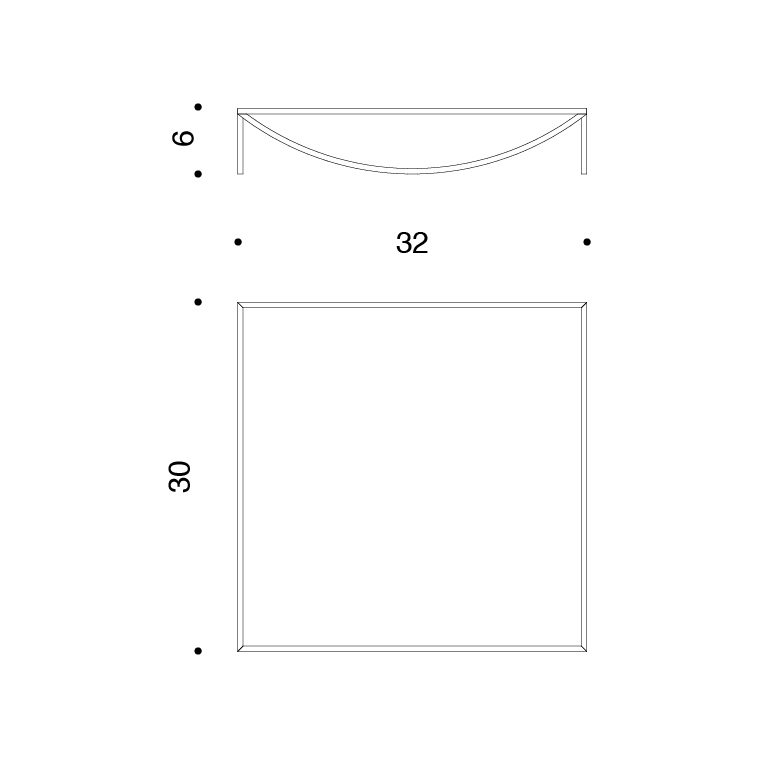 To mark off a territory is a conscious act. It is not just the recognition of a natural limit or border but it is a role we consciously give to a neutral area that we want to contain and protect. Once again Gilad addresses the interaction between the object and the surface and space that surround it. He imagines them as a lever, a scene or a support in expressing an idea that lies somewhere between the logical and the absurd. Four semicircles support a square, or a square raises four semicircles, these are the different interpretations of an object that, even when turned upside down, does not lose its function but instead offers an alternative.